I’m woefully behind on sharing some more of my small goals for the beginning of the 2014 year here in Australia, but I’ve got a neat little tip that I honestly can’t believe took me 4 years to think of.

Here in Australia, we have 2 break times for students – a morning recess and a lunch time. At my school, morning recess is from 10:40am – 11:10am (30 mins) and the students spend the whole time outside, eating a light snack and running and playing. Our lunch time starts at 12:50pm – for 10 mins (until 1pm) students each their lunch inside the classroom, before they head outside for another 50 mins (until 1:50pm). During these times, staff get their break, while sharing the load of yard supervision. (If people are curious as to how much that is, I’m happy to go into it another post later on!)

HOWEVER. During the Winter months, invariable we have quite a few wet day timetables  – wherein it is too wet (we don’t get snow here in Melbourne, so it’s only wet weather!) for the kiddos to be outside and they spend the equivalent time inside the classroom.

And yes, the classroom ends up in quite a state, if you can imagine!

Last year I found an awesome way to combat some of that – I used a whole stack of Just Dance video clips found on YouTube and put them on the IWB for the kiddos to dance around to if it was a morning recess time. That occupied a group of the kiddos (plus our neighbours in the Grade 3/4 classes who’d come to visit and dance!). On a wet day lunch, I’d normally put on a movie, because it’s a slightly longer time to be stuck inside.

All that said, there are ALWAYS kids who don’t want to dance and don’t want to watch a movie and spend the entire time trying to find things to do in the classroom, all the while trying to remember which resources they’re allowed to use.

Here’s my new tip that I seriously wish I’d thought of in my first year when the kids emptied containers of glitter ALL OVER THE CLASSROOM during a wet day timetable. 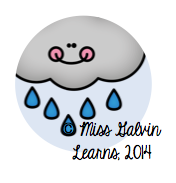 Obviously, it will take some practise, but I think such a simple visual will help my Preps/Grade 1s to know what is okay for them to take out on their own.

Do you have a new tip or goal that you’re trying out? Feel free to share in the comments!

2 thoughts on “Back to School Goals” 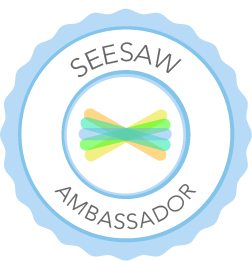